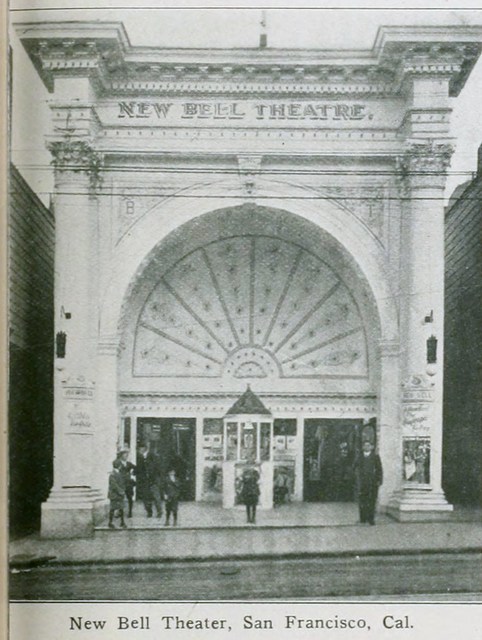 Opened: Perhaps late 1911 as the New Bell Theatre. A 1912 trade magazine item appearing with this photo noted that it opened "about the first of last November." It was on the east side of the street between Fair Ave. and 29th St. and was owned and operated by a Mr. P. Young.

Jack Tillmany notes: "The reason it was called the New Bell was because there had been an earlier Bell across the street at 3266 Mission in 1910 which this one apparently replaced." The Bell at 3266 Mission got its last city directory listing in the 1911 edition. Thanks to Charmaine Zoe on Flickr for the trade magazine photo. She didn't post the article it came with but Jack says that's just as well -- the address given was wrong anyway.

Jack comments: "In later years it became the American Trust Company. Their address (by that time) was 3299; it faces 29th Street, so most likely some renumbering was done to match up the numbers with the numbered intersections, or something. The last time I looked, this easily identifiable building still stood, and was operating as a Peruvian Restaurant." 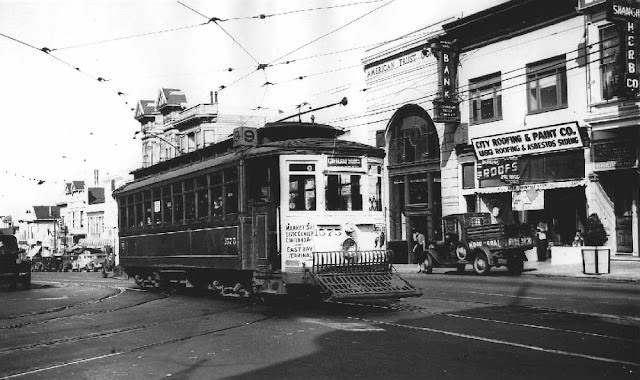 A 1939 photo showing the redone building as the American Trust Co. Thanks to Jack Tillmany for the photo.

Cinema Treasures has a New Bell page but they give it a wrong address of 298 Mission St. That address was derived from the trade magazine article that carried the 1912 photo.