This was built on the Presidio grounds for Army personnel in 1938 by the U.S. Army Motion Picture Service with funding and assistance from the Works Progress Administration. After the Army left in the 90s, the theatre was unused for over 20 years. The last film shown was "Maverick," on August 28, 1994.

Status: Reopened October 19, 2019 as a performing arts center.  The renovations of the theater were  made possible by a gift from the Margaret E. Haas Fund. The project was executed by the Presidio Trust. On the initial program was a showing with live accompaniment of the 1915 silent "Jane's Declaration of Independence," a film partially filmed at the Presidio.

Work included excavation under the building to create space for a lower lobby, dressing rooms, a rehearsal hall and support spaces. The proscenium arch was moved forward to create a deeper stage and ramps were added to allow ADA access between the stage and the auditorium. 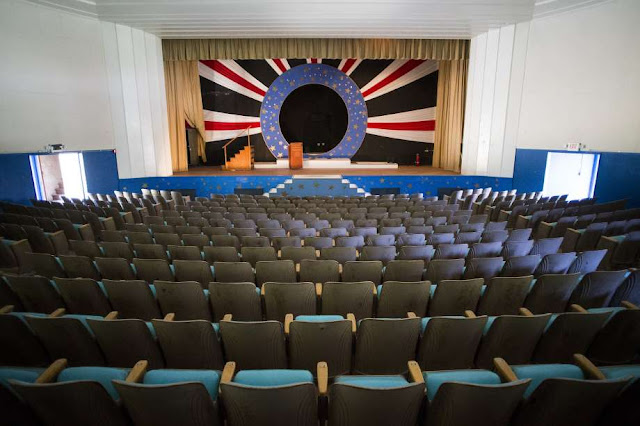 An auditorium view appearing with "Depression-era Presidio to reopen as multipurpose performance space," a June 2017 Chronicle article on the proposed restoration. 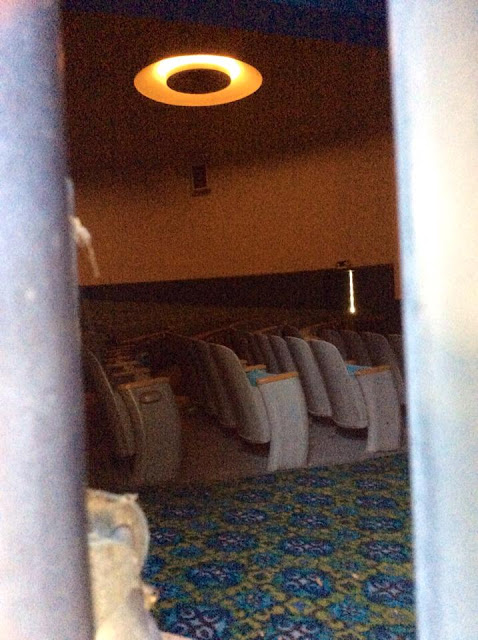 Thanks to Andra Young for a peek inside through a door left ajar. It was a 2015 post on the Facebook page San Francisco Remembered. 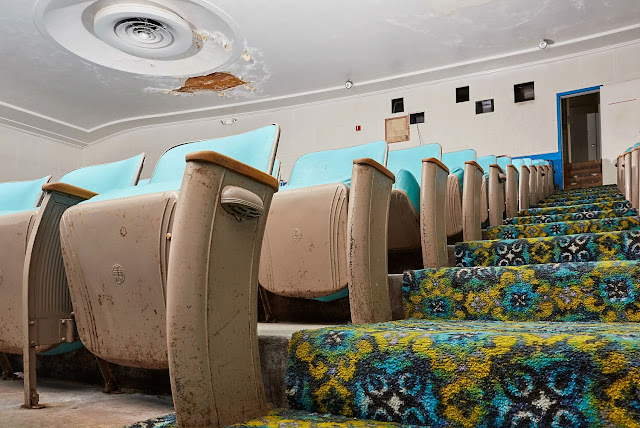 A pre-renovation look to the booth from the Presidio Theatre website's construction photo gallery. 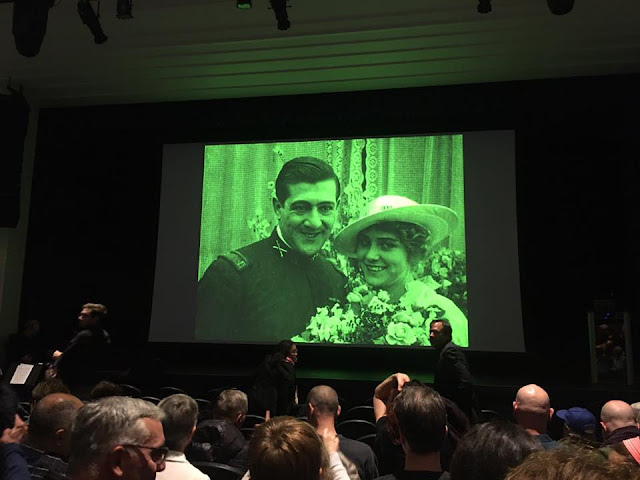 "Jane's Declaration of Independence," a newly restored 1915 film partially shot at the Presidio, on the screen for the October 2019 grand reopening. Thanks to Andra Young for her photo, one of ten posted on the BAHT Facebook page. 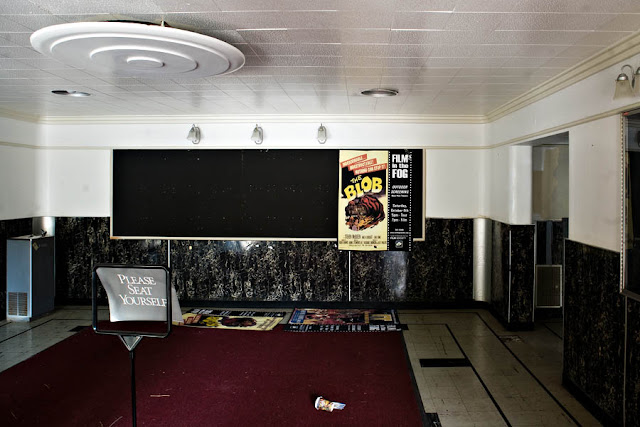 A pre-renovation look at the lobby Presidio Theatre. The photo comes from a post on the blog San Francisco Citizen. 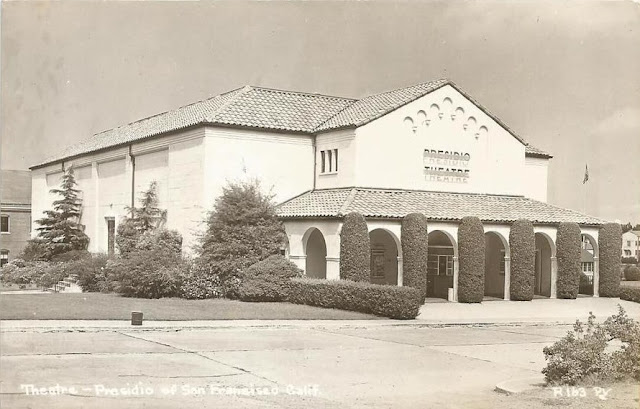 A vintage view of the theatre that Lily Castello found on eBay. Thanks, Lily! 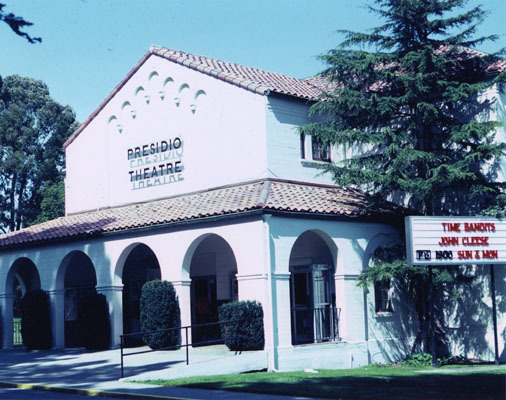 A 1982 view of the theatre from the San Francisco Public Library collection. 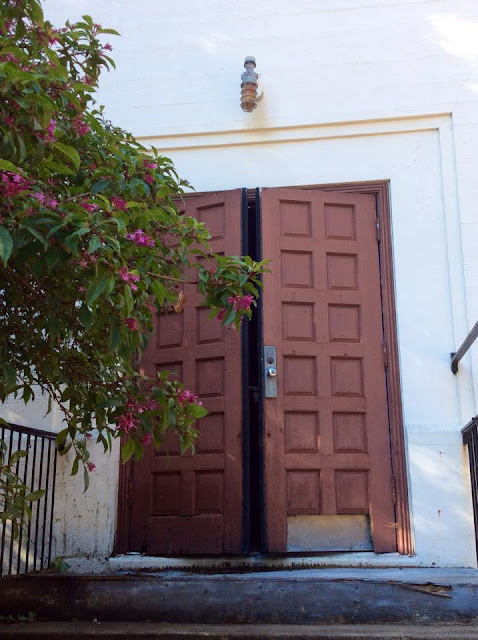 A door left ajar in 2015. Thanks to Andra Young for the post of her photo on San Francisco Remembered. 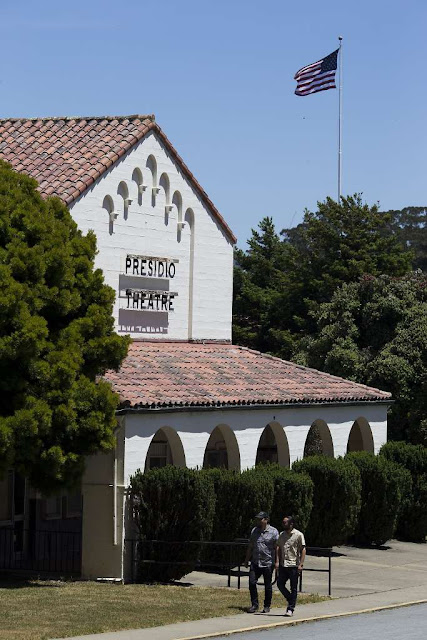 A photo from the June 2017 Chronicle article.

A rendering issued pre-renovation by the Presidio Trust. It appeared with a June 2017 Curbed S.F. article. 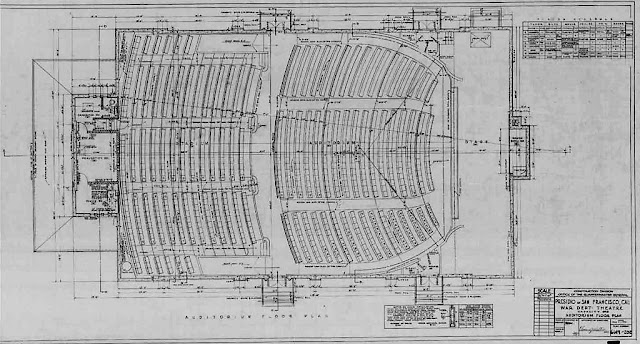 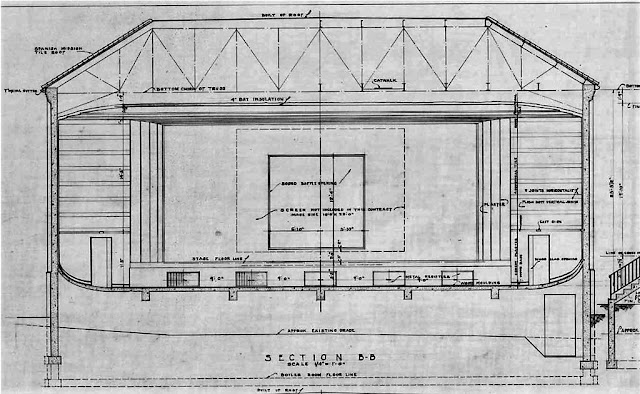 A stage elevation showing the backwall opening for the speakers. It's from the theatre's website. 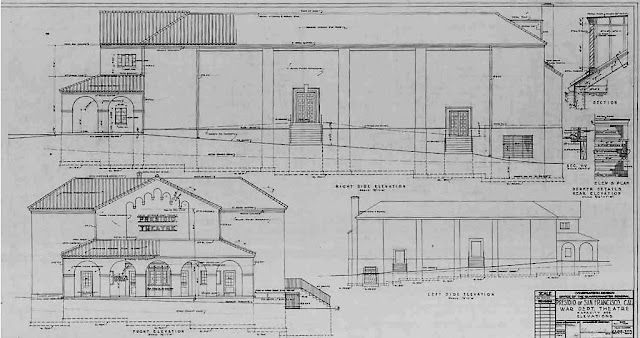 Sidewall and front elevations. The plan is from the theatre's website.

More information: Cinema Treasures has a page on the Presidio Theatre.

For construction photos see Leah Garchik's December 3, 2018 Chronicle article "Thanks to one woman, a Presidio theater to be re-born." Thanks to Bob Ristelhueber for spotting the article.

CBS Local had an April 2019 story "Historic Theater at S.F. Presidio to Reopen..."

The other Presidio Theatre: There's also a theatre with the same name on Chestnut St. in the Marina district. See the page on that Presidio Theatre for data and a few photos.

| back to top | San Francisco Theatres: by address and neighborhood | alphabetical list | list by architect | home |
Posted by B Counter at June 11, 2017