Closing: 1919. Jack Tillmany comments: "It's still listed in the telephone directory of 1 January 1919, but obviously was unable to compete with the 22 November 1918 opening of the grander and glorious-er Coliseum 2 blocks away, a typical pattern of that era."

Status:  The building later became the Bon Ami variety store. It was remodeled, perhaps in the 70s, to become a Bank of America branch. 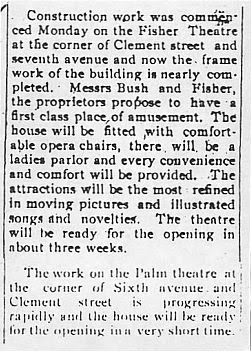 An October 25, 1907 item from the Richmond Banner. Thanks to the indefatigable John Freeman for all the ads and articles from the Banner. 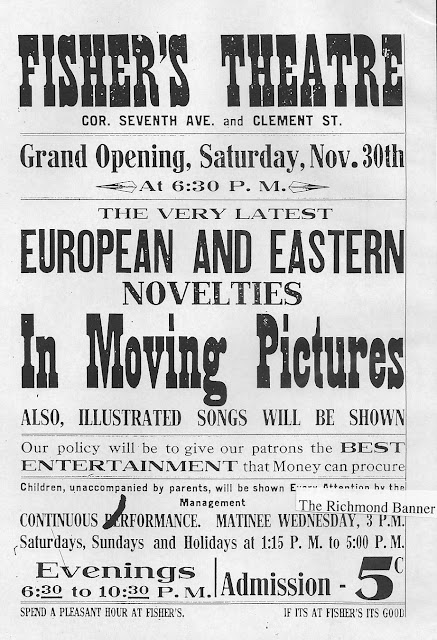 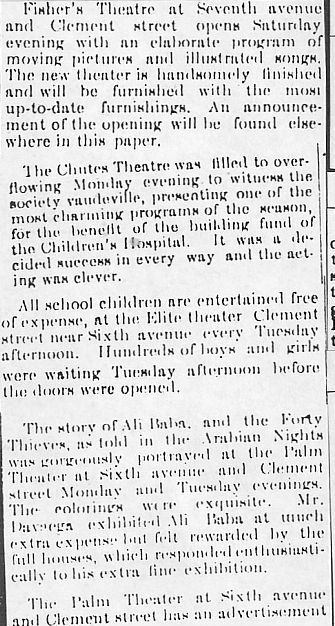 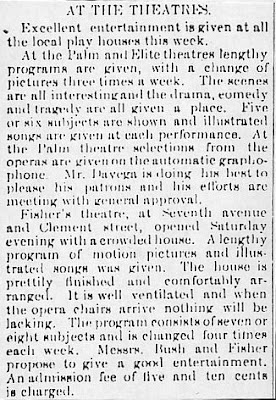 New equipment! A June 5, 1908 item from the Richmond Banner. 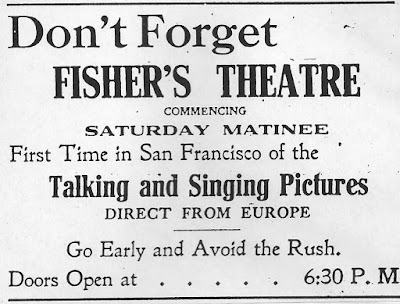 New equipment again. A February 19, 1909 item from the Richmond Banner.

A 2017 view west on Clement. Jack Tillmany asks: "Could it be the building that's still there now which is housing Bank of America?" Photo: Google Maps 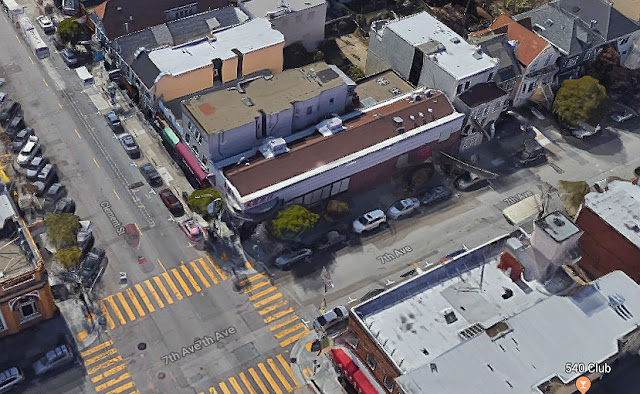 An aerial view of the Fisher's building. Photo: Google Maps - 2018