Opening: The Chinese nightclub Forbidden City opened in 1938 on the second floor of this building on the south side of the street in the middle of the block between Grant and Stockton. The club used a 363 Sutter Address.

The club is said to be part of the inspiration for the Rogers and Hammerstein musical "Flower Drum Song." Another story is that when doing the film version of the musical the casting directors went to the club in search of talent and found Sammy Fong there. 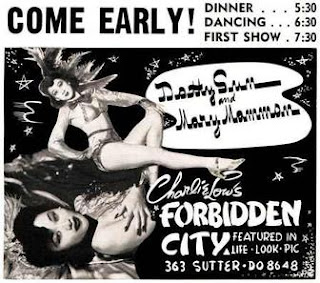 An ad for the nightclub that appears with the Wikipedia article on Forbidden City. 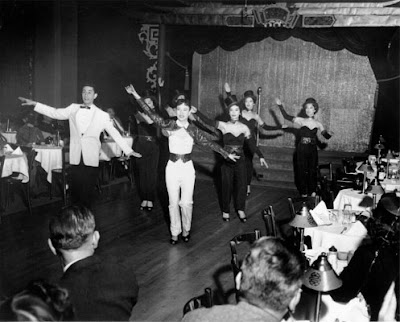 A floor show at Forbidden City. The undated photo is from the San Francisco Public Library.

The nightclub closed in 1970. Still named Forbidden City, the venue re-opened as an X-rated film venue on May 21, 1970. The name was changed to Sutter Cinema shortly thereafter. 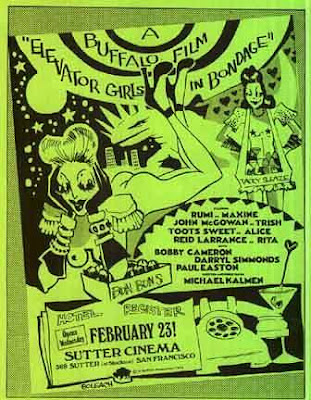 Thanks to James Bartlett for this 1972 flyer. In 1976 and 1977 the venue operated as the Sutter Street Theatre. 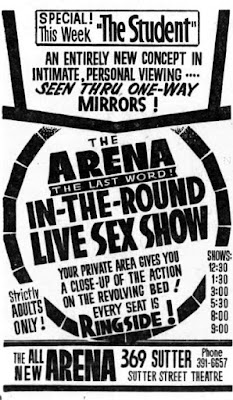 A May 20, 1977 ad for the venue rebranded as the "All New" Arena. Thanks to Jack Tillmany for this ad as well as research on the theatres dates of operation.

Closing: 1977 was the end of it as an entertainment space.

Status: It was later used as a franchise location of Barbizon Modeling and School. It's now used as office space. 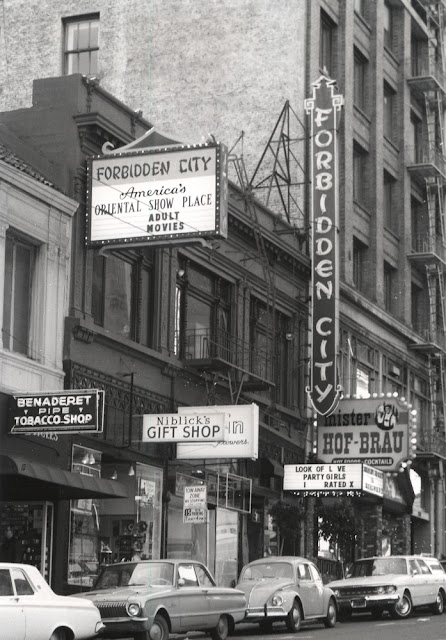 A 1970 look at the venue running adult movies but still called Forbidden City. It's a photo by Tom Gray from the Jack Tillmany collection. It appears on the Open SF History Project website. 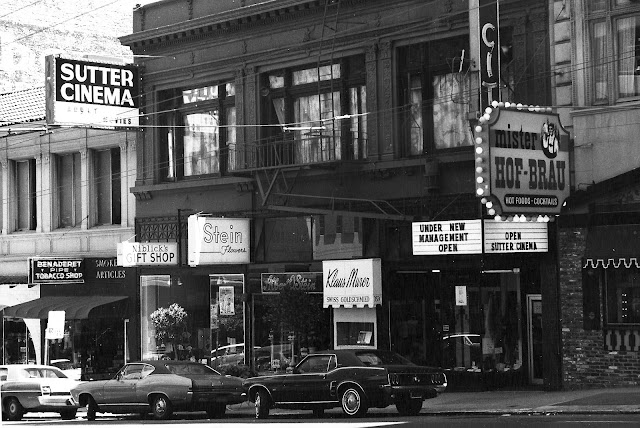 The former nightclub as the Sutter Cinema in 1970. Note the Forbidden City vertical still up on the right edge of the building. It's a photo by Tom Gray that's in the Jack Tillmany collection. 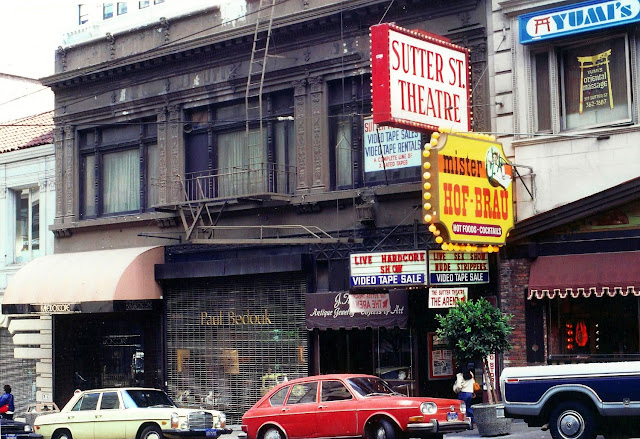 The operation as the Sutter Street Theatre in 1977. It's a Tom Gray photo from the Jack Tillmany collection. 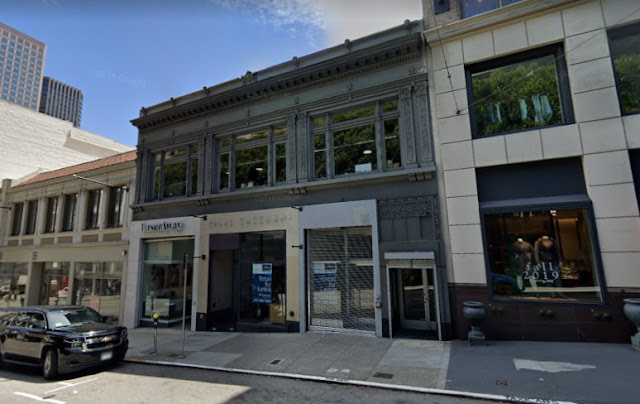 The building in 2019. Photo: Google Maps

More Information: Jack Tillmany's Arcadia Publishing book "Theatres of San Francisco" can be previewed on Google Books. It's available from Amazon or your local bookseller.