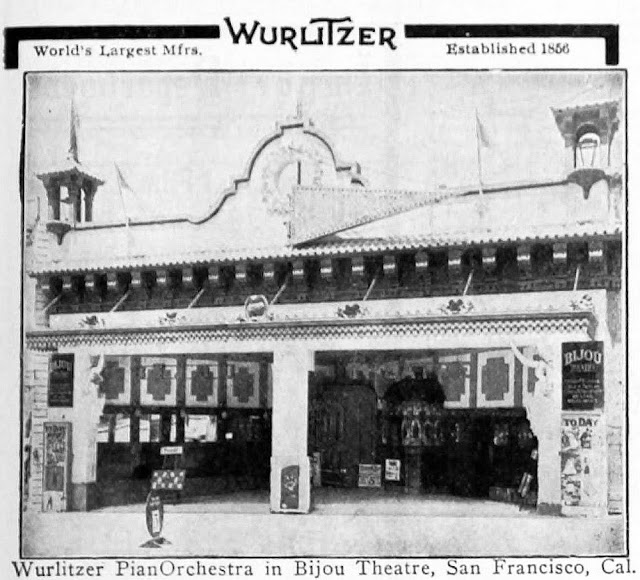 Opening: Evidently it opened in 1908 as the Bijou Theatre. It was on the east side of the street between Green and Union. Thanks to Jack Tillmany for this WurliTzer ad that shows the theatre. It appeared in a December 1911 issue of Moving Picture World. Charmaine Zoe found another publication of the ad in the January 27, 1912 issue. She has it on Flickr in her "Vintage Cinemas: California" album. The issue is on Internet Archive.

The Bijou appears in a Billboard list of nickelodeons dated December 5, 1908 that's in the Jack Tillmany collection. They give the address as Montgomery Ave. and Union and note that the theatre was offering 21 screenings daily.

It was renamed the Bell Theatre and appears with that name in the August 1912 city directory with a 540 Columbus Ave. address.

Closing: The date is unknown. The final city directory listing was the June 1915 edition.

Status: The building that the theatre was in has been demolished. There's now a 4 story building on the site. 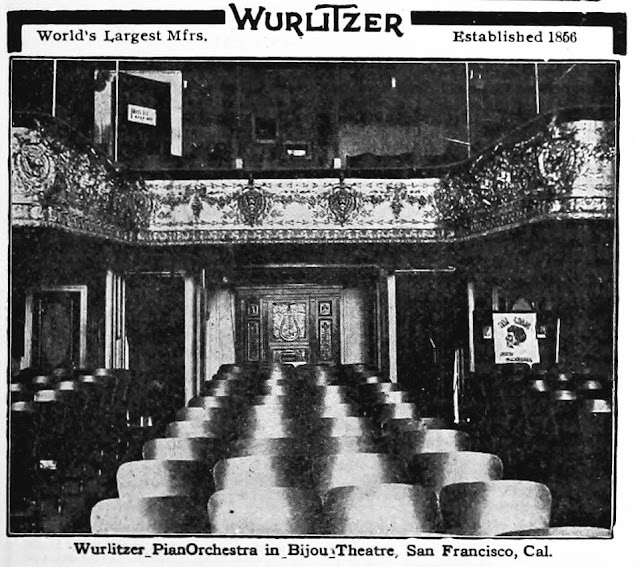 An interior view that appeared in another c.1911 WurliTzer ad in Moving Picture World. Thanks to Jack Tillmany for the ad. He notes that it MAY be the Bijou/Bell but it may also be the wrong photo. It could be the Pastime Theatre in Birmingham, Alabama. He comments: "WurliTzer ran ads more or less weekly, so the same sites keep popping up over and over. Problem with this one is that in one issue the same interior photo showed up identified as the Pastime in Birmingham, Alabama, which I HOPE was in error." 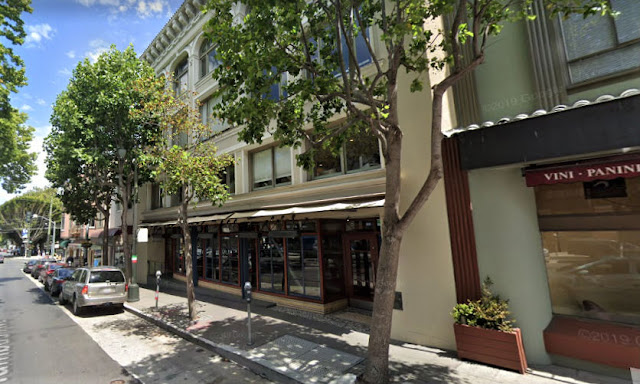 The site of the Bijou/Bell. The ground floor restaurant space of this four-story building was until 2017 occupied by Rose Pistola, using a 532 address. It's now Cantina Di Liguria. The salon in the building beyond this one uses a 546 address. That's Washington Square Park down in the next block. Photo: Google Maps - 2018