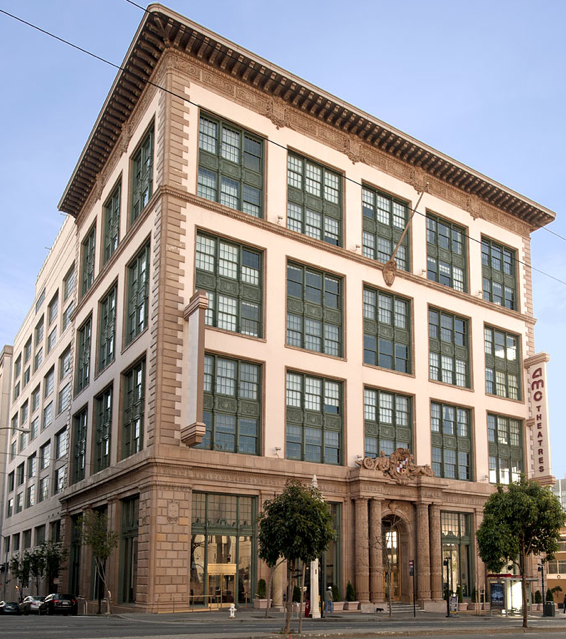 Opened: The AMC 1000 Van Ness 14 opened July 10, 1998. The lobby is a building dating from 1921 that was originally a Don Lee Cadillac dealership. It's on the National Register. The theatres and a parking garage underneath are 1998 vintage construction behind the original building. The complex, also including office space and retail tenants, is owned by Sites Centers. The photo is one that appears on a page about the building on the site Public Art and Architecture From Around the World.

Architects: The original building was designed by the San Francisco firm of Weeks and Day. Gary Parks comments: "Weeks & Day designed hotels in San Francisco, but no theatres--except Charles Weeks did a balcony remodel of the Embassy Theatre. But, they designed the Fox Oakland, the Stanford in Palo Alto, the Fox California in San Jose, Loew's State in Los Angeles, and the Fox in San Diego, among others."

Closed: February 7, 2019. Andra Young comments: "This theater was not run well and was always sparsely attended. It had a bedbug infestation in 2017 and never was able to bounce back from that."

Status: The Korean company CJ CGV will be taking it over. The confirmation came from an April 17, 2019 story on Digital Cinema Report. There was also an April 19 story on SFist: "Former AMC Van Ness To Become '4D' Cinema From Korean Company." Thanks to Terry Wade for spotting the stories.

Earlier Gary Meyer commented on the information that the property would get a revamp:

"I have it on good authority that a foreign-based company new to San Francisco will be taking over and making major changes—-expect food and beverage, luxury seating and 4D. The place has been an unappealing location to see movies for many years so closing for big upgrades in a good thing and they can relaunch as if a new theater.

"When AMC sold the Kabuki to Sundance it was because of the Justice Department insisting that they had too much control in SF and had to divest of screens. With a long-term lease on Van Ness and it having more screens, the Kabuki was the logical one to let go. But after Sundance made it a huge success, AMC now bought it again and once again faced the restraint of trade issues and had to divest again. Van Ness makes the most sense." 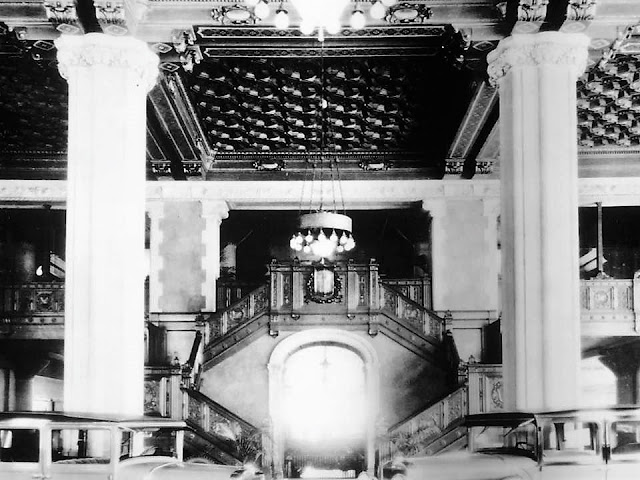 A vintage view of the lobby as a Cadillac dealership. Thanks to Andra Young for finding the photo.
This photo and the 2019 views she took that appear here were originally a post on the BAHT Facebook page. 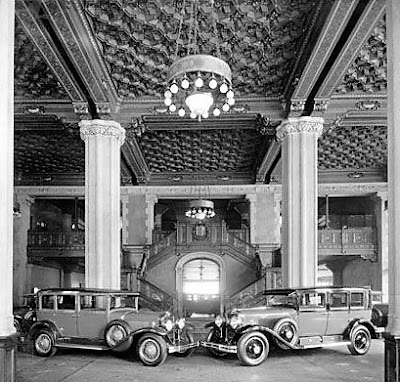 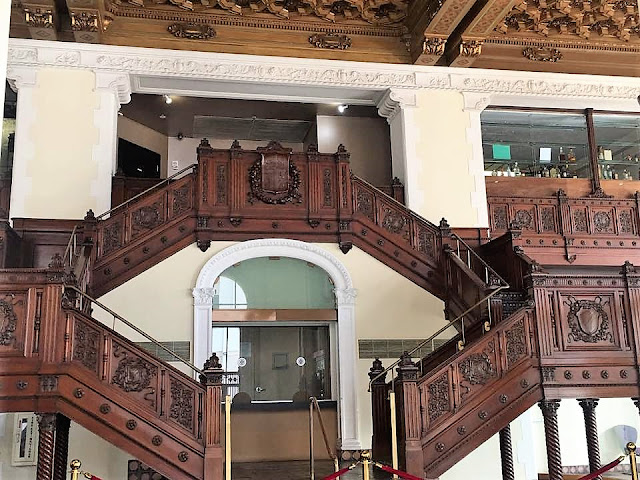 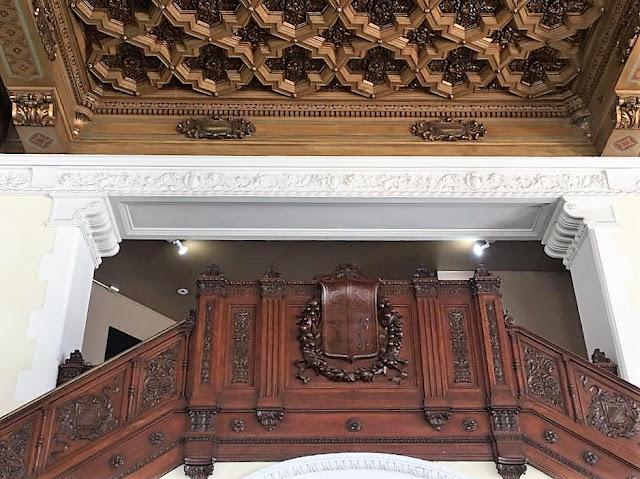 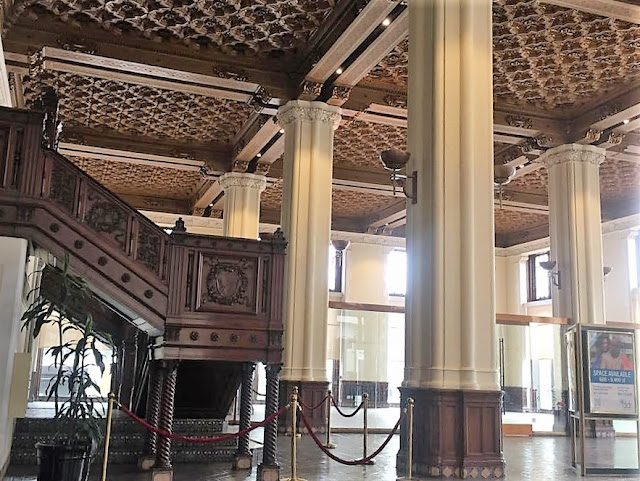 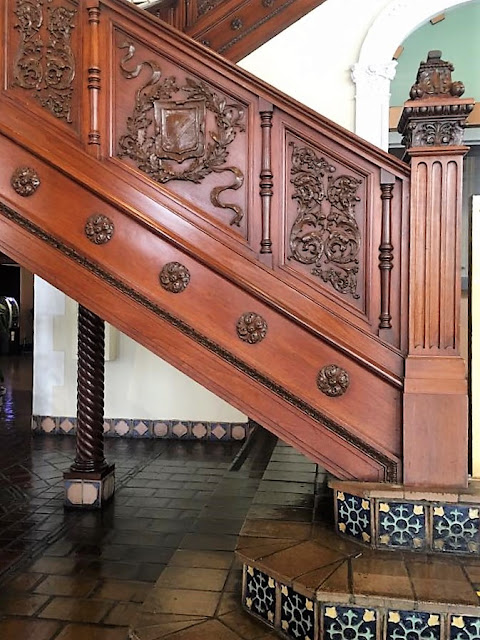 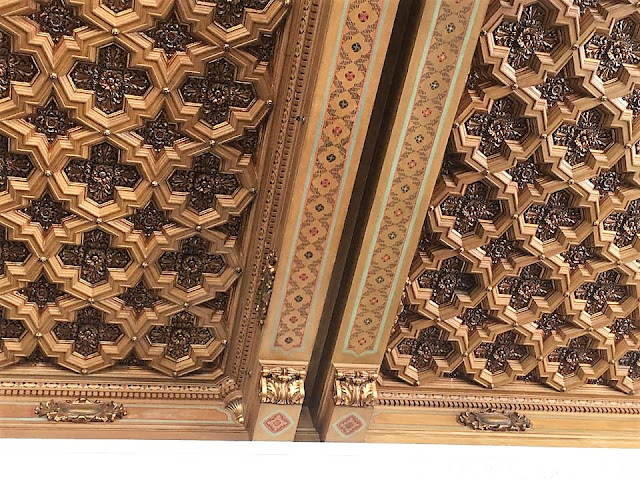 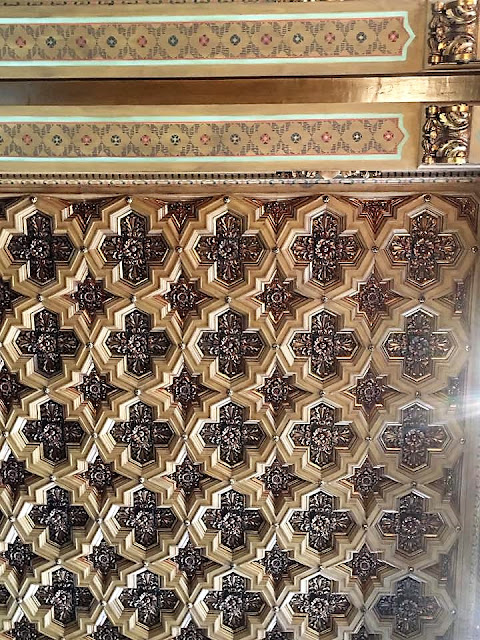 Another look at the coffered ceiling. Photo: Andra Young - 2019 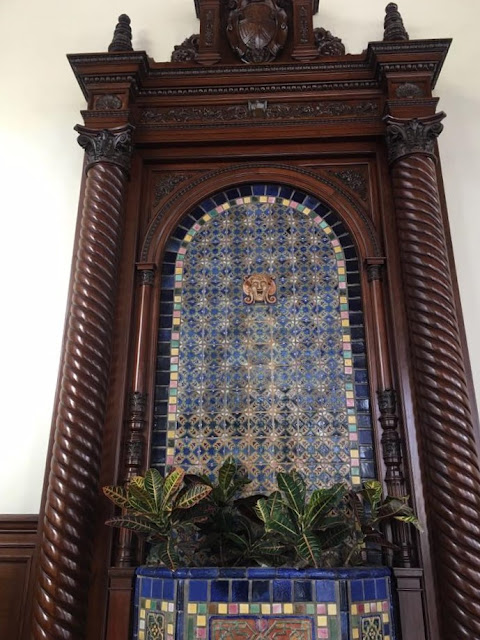 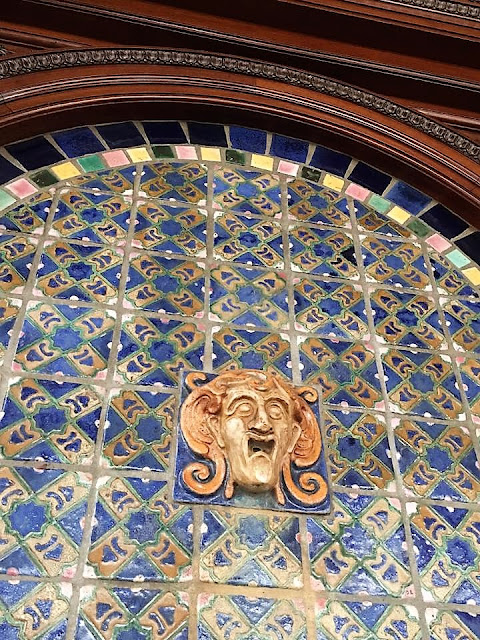 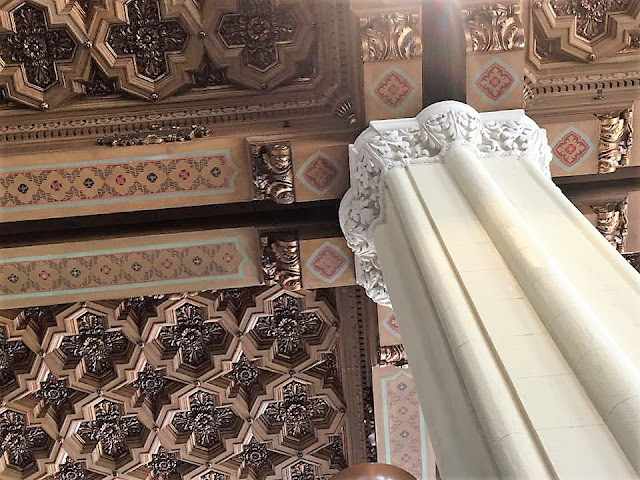 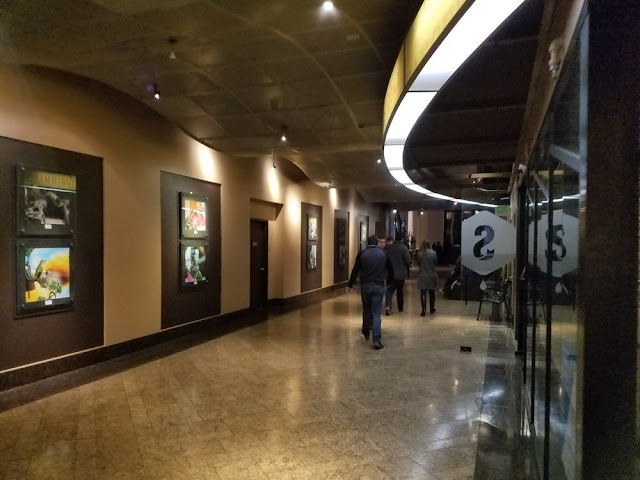 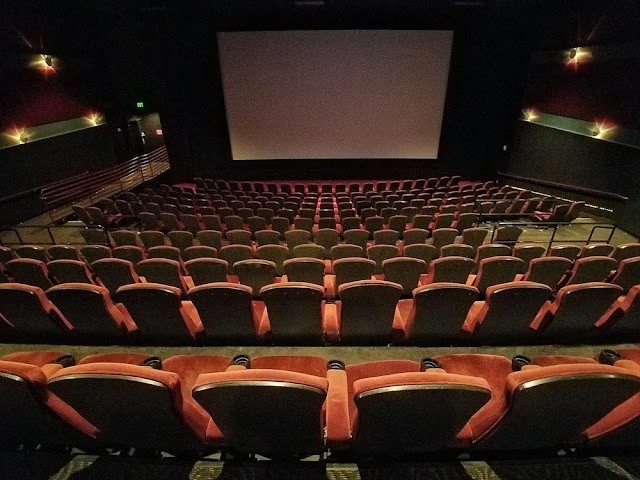 One of the auditoria. Photo: Yelp - Ted W. 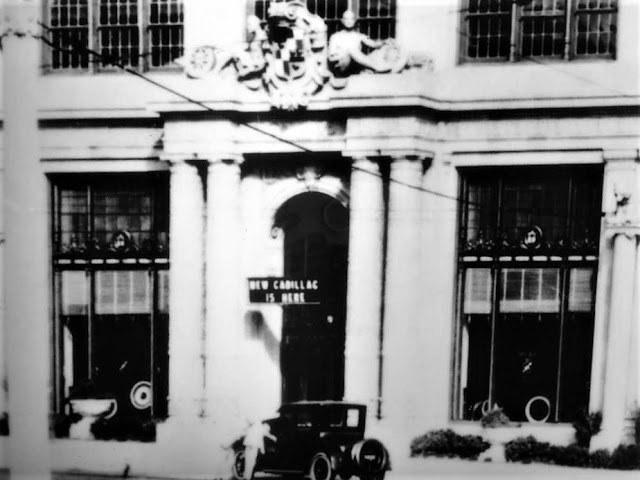 A vintage view. Thanks to Andra Young for finding the photo. 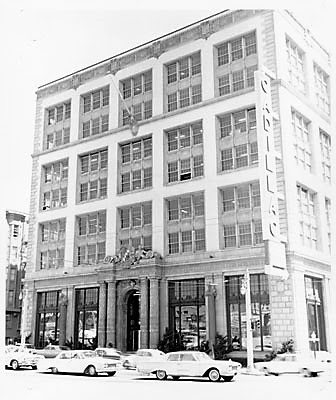 A 1964 photo by Alan J. Canterbury in the San Francisco Public Library collection. 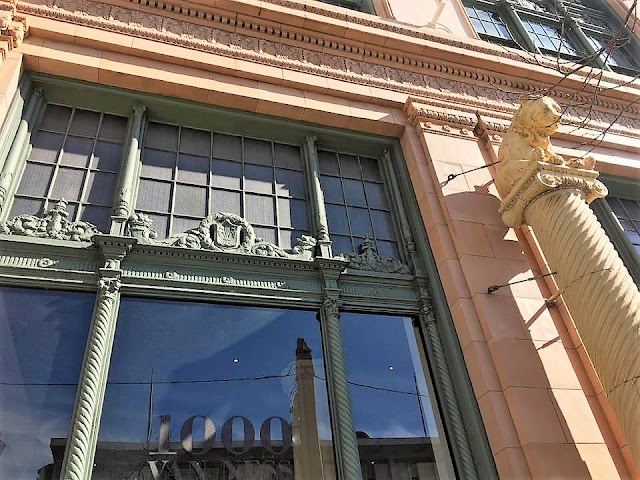 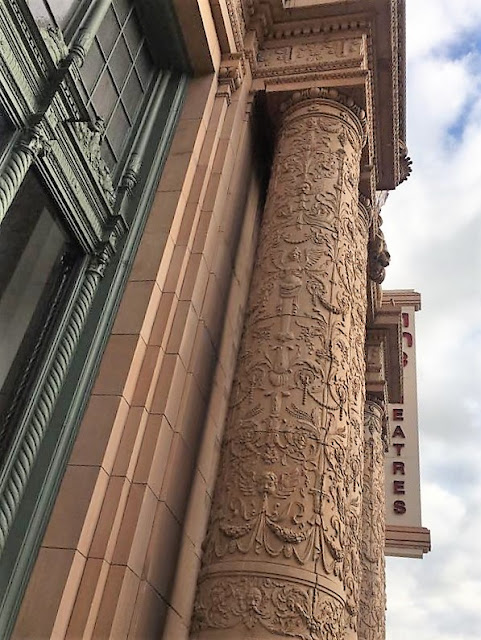 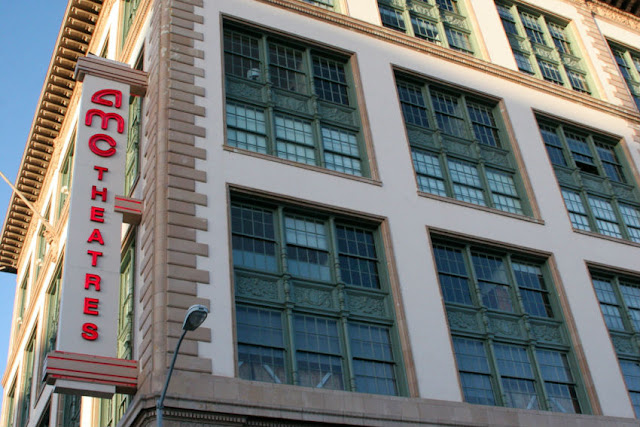 A corner view appearing with a February 2019 story about the closing on the blog Broke-Ass Stuart. Thanks to Bob Ristelhueber for spotting the article. 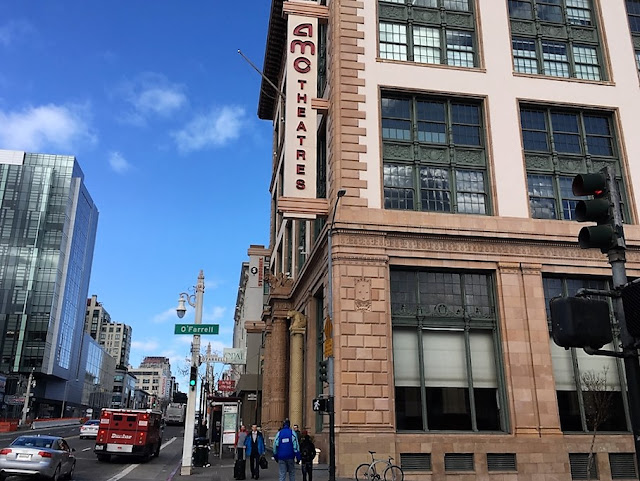 Looking north on Van Ness. It's a photo by Carrie Sisto appearing with a February 2019 Hoodline article about the closing.

More information: See the Cinema Treasures page about the Van Ness. Yelp has many reviews and several hundred photos. Curbed SF ran a brief story about the February 2019 closing.