Opening: May 29, 1951. It was a project of Robert Lippert costing $150,000. It was west of Bayshore and on the south side of Alemany Blvd. At the time of its opening, the Alemany Farmers Market was across the street. 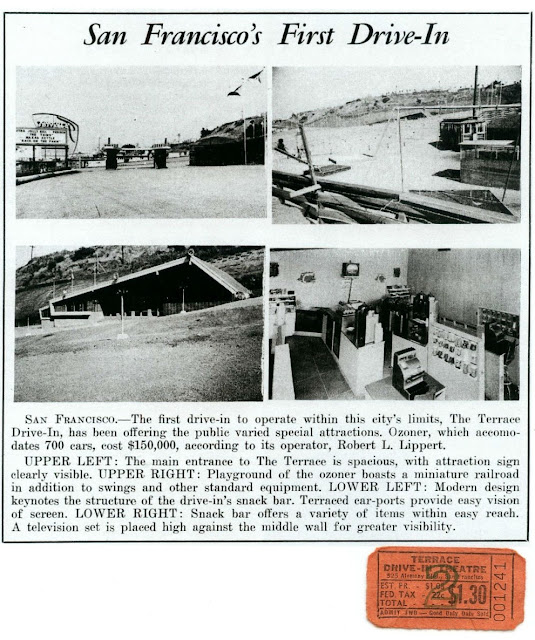 A trade magazine photo spread (and a ticket!) from the Jack Tillmany collection. He comments: "The Terrace was the ONLY Drive-In to operate within the SF City Limits. The Geneva & Mission were both on the San Mateo side of the City & County Line."

Closing: January 31, 1954. Jack comments: "Besieged by fog, because of the location, it only lasted a couple of years." 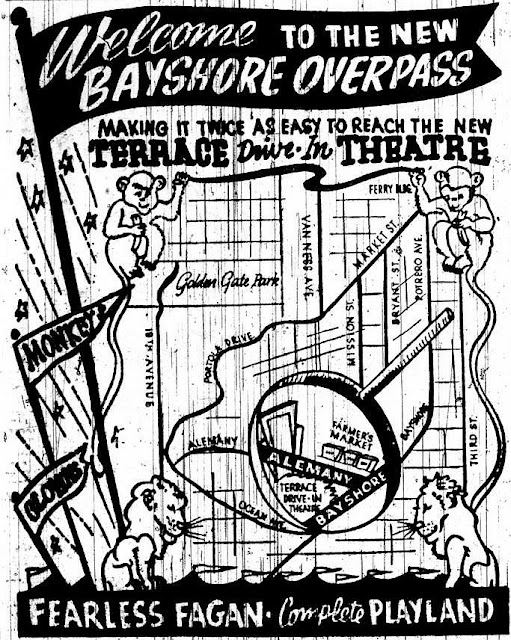 An ad from the Jack Tillmany collection. 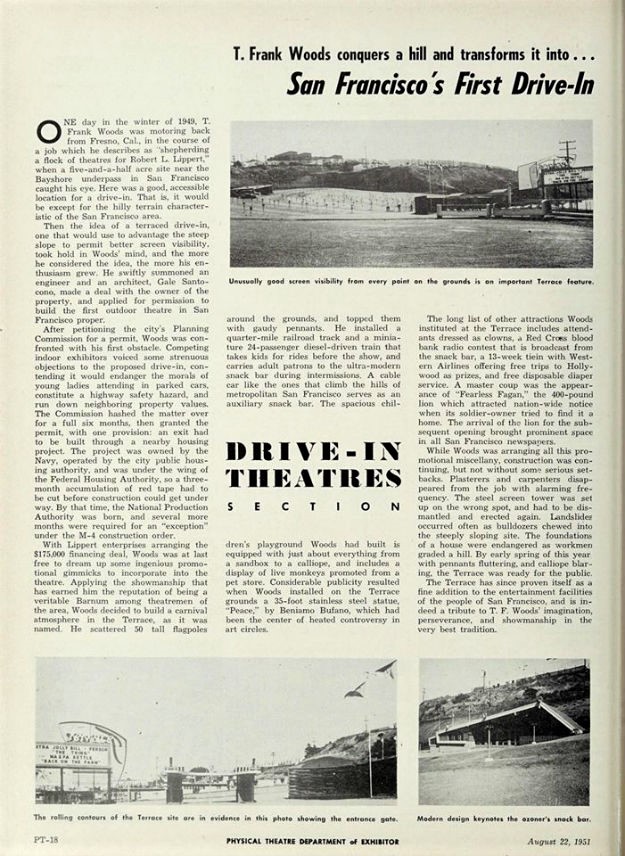 An August 1951 article in the magazine Exhibitor. Thanks to Bob Ristelhueber for finding it for a post on the BAHT Facebook page.

"Unusually good screen visibility.." Well, except in case of fog. Thanks, Bob! 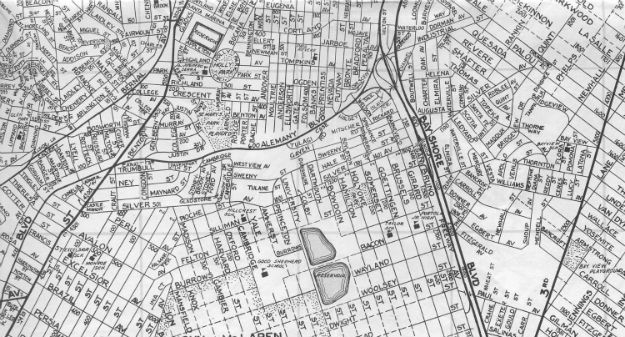 A vintage map of the area from the Jack Tillmany collection.


More information: Jack Tillmany's Arcadia Publishing book "Theatres of San Francisco" can be previewed on Google Books. It's available from Amazon or your local bookseller.